Italians will head to the polls today to vote for parliament in an election that is as anticipated by the rest of the world as it seems dreaded by Italians. The election will be the first test of a new election law meant to provide for more proportional representation, which combines “first past the post” (or “winner takes all”) voting for 36% of seats with proportional representation for the rest. This, in combination with a high number of undecided voters, has made the results very difficult to even guess at.

The main person to take advantage of the new arrangement is a familiar figure hoping for a comeback: Silvio Berlusconi, who is technically barred from serving as prime minister until 2019 due to charges stemming from his last term. His center-right/ far right Forza Italia coalition is edging others out in the polls, followed by the populist Five Star Movement (running as a stand-alone party), whose political platform was unusually created and voted for online.

The ideas Italian parties present on migration mainly do not deviate much from the rest of Europe. The main difference is that the harsh idea of mass deportations for undocumented individuals, while impractical and likely illegal, have a better than usual chance of moving out of the far-right fringe and into mainstream discourse because of their presence on the program of Berlusconi’s Forza Italia as well as its composing parties.

We’ve taken a look at the programs of the top parties to see what could await migration policy in Italy.

“Stop the Business of Immigration”

Five Star’s jointly written program on immigration is harshly critical of past parties’ handling of the migration issue, saying that it has been used to distract from the responsibility of the state, blame the EU as a wicked “stepmother”, and treat immigrants as the other, “a social enemy to be fought.” In the meantime, they describe an overwhelmed asylum system, where a backlog means asylum claims take an average of 18 months to process and EU funds to help end up being dispersed in obscure ways, “permeable to infiltration by organized crime.” Against this backdrop the movement prescribes a mixed-bag of solutions, highlighting calls for more transparency in Italy and more solidarity from Europe.

They propose that evaluation of asylum claims be handled by embassies in the countries of origin and transit, with help from the EU, UNHCR, and IOM. They call for obligatory and automatic distribution of asylum seekers to various member states, and to override the Dublin system to allow this to happen. In addition, they would install multiple bilateral agreements with other countries to help smooth the possibility for people to return to their countries voluntarily if their asylum claims are rejected (“voluntary repatriation.”). The weakness of such a plan is that it will require the EU to take action- something a domestic party would only have nominal influence over.

They suggest that territorial commissions (CIE) in charge of asylum processes should receive more employees so they can carry out their work more effectively. Also, asylum interviews should be videotaped. Making these commissions work more effectively will reduce the pull of organized crime, Five Star says, but it should also be standard to install timely reporting measures on funds, and to publish budgets publicly to further cut down corruption and enhance transparency.

Finally, Five Star wants to stop the sale of weapons to conflict zones, and amp up efforts to reach Italy’s commitments for foreign development aid: 7% of the GDP.

“There is no better answer than the facts.”

The Democratic Party is the party currently holding power, that was thrown into disarray when former Prime Minister Matteo Renzi stepped down following a failed constitutional reform. Typically for incumbents, their electoral platform seeks to highlight what they have already achieved in tandem with staking out what they will do next. They are running in a pre-formed coalition with Civica Popolare, Insieme (center left/ Greens) and Più Europa (a pro-European party.)

When it comes to migration, the PD sets very high, even frightening, stakes (perhaps aiming to counter the fearful rhetoric on the right). They note that concerns about immigration are not necessarily driven by racism but the current situation is nevertheless driven by fake news and xenophobia and can lead to “bloody” consequences, as has been seen in the past in Nazi Germany, wartime Yugoslavia and Italy itself under dictator Benito Mussolini. However, for fears and misinformation “there is no better answer than the facts.” Migration must be managed, not stopped.

The PD notes that arrivals to Italy are down (33%) and that with the so-called Minniti agreement struck between Rome’s Interior Minister and the UN-backed government in Libya they have created “humanitarian corridors” that allow verified refugees to travel risk-free to Europe, while sending non-refugees back. (However, this agreement has been heavily criticized, particularly for confining people to conditions in Libya that range from unsanitary to deadly.) This plan would continue, combined with a long-awaited reform of the Dublin regulation and implementation of an automatic redistribution scheme, wherein people arriving to seek asylum would be sent to other countries throughout Europe to have their claims processed (a so-called “quota system”.) As noted above, the weakness with these policies is that they are highly reliant on agreement from the other member states, and remain highly controversial (especially among the Visegrad group.) One proposal stands out though: the PD says they would advocate “solidarity” in Europe by withholding Italian aid from states that refuse to help manage migration. Its not clear whether they can do this, but such an idea has been proposed before, notably by Germany’s Martin Schulz.

In short, the PD would continue in the same direction: advocating for a higher European share in managing migration flows to Italy, relying on a shaky repatriation agreement with Libya, and following their obligations to process asylum claims of those who make it to Italy.

Additionally, the PD wants to approve a new citizenship law that would grant a right to citizenship for children born and raised in Italy.

The Forza Italia coalition is the Silvio Berlusconi backed pre-formed coalition containing far and center-right parties. In their one-page program on immigration, they keep it brief and a more than a little fuzzy.

Since Berlusconi left office and the “Left” has been in control, there have been “biblical waves” of immigration, they say. (While immigration to Italy has certainly increased in the last years, the idea that this is related to Berlusconi’s departure is spurious to say the least.) In order to bring an end to this situation, Forza offers a brief package. First, they would support a so-called “Marshall Plan for Africa,” referring to mass investment that would give sufficient resources to North African governments that would somehow result in lower immigration. (It would appear this idea is gaining European traction: the same idea has been floated Austria’s center-left Social Democratic SPÖ as well as by Germany’s center-right Christian Democrats CDU.)

Second, they would block migrant departures and bring illegal landings to zero (they do not elaborate how.) Third, they would immediately repatriate illegal migrants using bilateral agreements with the individuals’ home countries. And fourth, they would develop a plan for real and sustainable integration. Again, they don’t elaborate further. But this general program is in line with other European center-left parties with the exception of one point: the highly impractical and partially unlawful idea of arranging mass deportations.

The far-right Northern League is in a coalition with several other parties (Forza Italia) backed by former prime minister Silvio Berlusconi, but they have their own electoral program centered on the localization of immigration management and easing deportation of undocumented people. Their policies, though sometimes mysterious in their aims, are clearer and more limited than the average far-right party, with strategies that appear to aim at making life in Italy uncomfortable for foreigners.

The League proposes that multiple new Identification and Expulsion Centers (“CIE”) are opened in different regions (currently there are four) to ensure faster expulsion. They would have migrants remain in detention for at least six months, and also note that detention would be mandatory for anyone lacking identification papers. Control over identification and expulsion, as well as over issuing residence permits, would be transferred to regional and municipal authorities, and data on such matters would be shared with the police.

The League wants insofar as possible to prevent people from seeking asylum in Italy. They would achieve this through the US of off-site reception centers in “safe countries” such as Libya and Tunisia, although they later note that Libya is a war and propose hosting a peace conference for the state parties, and suggest (mysteriously) enlisting the cooperation of Russia to secure agreements with different Libyan factions.

The League would make multiple new rules affecting individual people seeking asylum. For one, they would simplify the process for revoking refugee status and also expand the reasons for why it may be revoked to include crimes such as drug dealing and occupation of buildings. They would also enable the possibility of canceling benefits for individuals who fail to comply with rules in reception centers. Moreover, new budget constraints would ensure that individuals destined to be on 100% disability in Italy would not be admitted to the country. (This is likely an unlawful reason for excluding someone seeking asylum- the Refugee Convention allows for states to exclude refugees who have committed war crimes or crimes against humanity, but not based on their potential costs to the state. See Art. 1(F) of the Refugee Convention.)

Other people who have migrated to Italy would also be treated more toughly. Non-EU citizens would banned from receiving welfare benefits, and the possibility (which currently exists) for migrants to get identity cards in Italy would be revoked. The process for getting Italian citizenship would also be tougher, requiring a subjective evaluation of an applicant’s “overall integration” into Italy.

The European Union’s Immigration Agreement with Libya- Out of Sight Out of Mind? Delphine Nakache and Jessica Losier, E-International Relations, July 2017 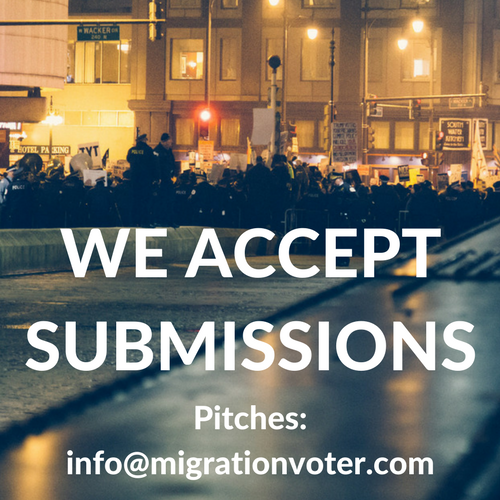